Quick update to get my creative ball rolling again.

High Explosive Enhanced Fragmentation Warhead (HEEF) (TL 9)
This warhead uses either a thicker or denser case to create an enhanced fragmentation effect with greater penetration and wounding potential. Due to the stronger case, the warheads blast effect is reduced. 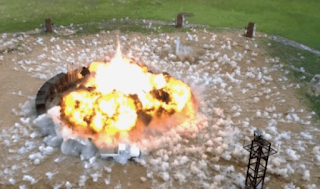 Blast effect damage is figured as the square root (warhead weight)×19.8. Divide the product by 3.5 to get dice of damage. Damage is crushing explosive.

Add +1 per die to the crushing explosive damage at TL10-12. This warhead is only available for 15mm or larger. Double normal cost.

HEEF projectiles, with the exception of hand grenades, that are built at TL 9 or higher can incorporate a programmable fuse that can be set for either impact or, if the target is at least 40 yards away or farther, for proximity detonation  see Ultra-Tech pg. 154. Grenades and satchel charges with HEEF warheads inflict the damage shown below. When set for impact detonation,guns and launchers with HEEF warheads inflict their normal piercing damage with a (0.5) armor divisor, plus a follow-up attack causing the damage shown below. 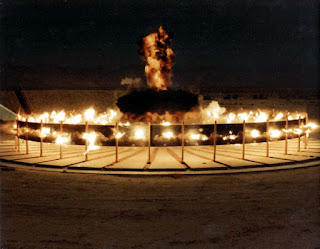 When the warhead goes off, the bundle of rods are propelled outward in an expanding ring, unfolding like a circular accordion gate.This effect not only greatly increases the warheads lethality against thin skinned targets, though it is less effective against thicker skinned or armored targets. Up until the ring finally breaks apart it is far more likely to hit targets within its effective range  then standard fragments (with hit probability dropping at a rate of 1/R rather than 1/R2 as for conventional fragments).

Even after the ring breaks the rods are still dangerous and have the hit probability of a normal fragmentation warhead.

While effective, Continuous Rod Warheads are more complicated and expensive to build then normal fragmentation warheads. They are also more effective with larger warheads (the first production warhead was the early TL 7 710mm RIM-8 Talos with a 30 yard effective range!).

A Continuous Rod Warhead has similar effects to a High Explosive Enhanced Fragmentation Warhead only the fragments have an armor divisor of (0.5) and fragmentation has both  a primary and a secondary threat range. In the primary threat range the chance of scoring a hit is increased.

The fragments still hit with a skill of 15 but penalties do to range to the target are ignored. Primary threat range is fragment dice of damage × 0.5 yards.

In the secondary threat range use the normal fragmentation rules with the exception that you trace the range from the end of the primary threat range when figuring range penalties- not the center of the blast.

Blast effect damage is figured as the square root (warhead weight)×19.8. Divide the product by 3.5 to get dice of damage. Damage is crushing explosive.

Add +1 per die to the crushing explosive damage at TL10-12. This warhead is only available for mm 64mm or larger. Five times normal cost.

Posted by TheRyujinLP at 9:26 AM 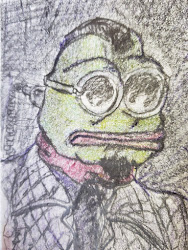